The anxiety of designing

And how Lean UX has helped me cope with making design decisions that impact millions of people.

Living with anxiety is being afraid of things that most people won’t even stop to think about. For me, it means that I am constantly afraid of making decisions. Should I have salad or pizza for dinner? Most people will answer this question instantly. For me, this can take hours, or even missing out the opening hours of every single restaurant. Will salad be enough? Or what if the pizza crust is not crunchy the way I like it? Vegetarians normally stop eating meat to save the animals or rescue the planet. That’s a fair point, but for me having one vegetarian choice instead of multiple meat options finally turns dinner into a relaxing experience.

Back in 2008, at computer science grad school, they didn't teach you how to design good products. They taught you how to develop a system that works. There was one particular lecture that stayed with me. The teacher was telling a story about how a malfunction in a radiation therapy machine led to multiple deaths due to excessive amounts of radiation. I later found out that the machine was called Therac-25. That was not a design lecture, it was a testing engineering lecture, but the point was very clear to me: a single mistake you make can sometimes be fatal. Not the best thought for someone living with anxiety.

As a designer, solving problems is your bread and butter. But what is problem-solving if not the best set of well-informed decisions one can make? Lucky for me, I don’t work on any products where design mistakes can be fatal, but the knowledge that my decisions can have a direct negative impact on people’s lives is still anxiety-inducing.

I believe every designer has at least one product they look back on with longing eyes and think “if only I was given more time to work on it” or “if only I had done this instead of that”. My biggest guilt trip product resurfaced recently and even though it’s been years and I’m at a better place as a designer, it brought back these feelings of self-doubt. It’s now ridiculously obvious to me that some decisions I took were not great and what I could have done differently, but three years ago, our design workflow was a lot different.

Most companies used to follow some type of waterfall approach, and many still do. We used to work on projects that lasted up to 4 months and if we were lucky, we could convince clients to add some sort of research in the first month and a bit of testing in the last few weeks. That means between research and testing, we had to design everything to a final state while making a lot of decisions—often without much contact with stakeholders. After we were done, whatever we designed moved on to developers and eventually, we would see it live.

The key problem here is that design is never final. The weight of delivering final design puts pressure on a design team that is counterproductive for everyone including business and customers, but most of all for the mental well-being of designers.

Before designing, if we are at a good place, we already have a well-defined problem, personas and user flows, all built from thorough research. Then the very first day of final-designing comes, you open up Sketch (or Figma) and then blank. Where do you start? You try to be methodical, apply the best practices you’ve learned, but you’re faced with all these small decisions. Is feature A more important than feature B? Should we add a calendar view or just a list of events? Should I use a top or bottom navigation? Should the button say "Start your free trial" or "Get started for free"? When you're final-designing every single decision like this has to be well thought out because you never know if you'll get a chance to go back and change it.

Flash-forward to 3 years in the future and the button you decided to name "Start your free trial" has caused a considerably high percentage of visitors to abandon instead of signing up. At least nobody died from it, right? Probably not, but making all those decisions and confronting your mistakes have definitely taken a toll on your pride and mental well-being. By the end of a final-designing project, I always feel so exhausted that I barely want to look at it anymore.

Lean is our favorite buzzword at LB*. We are very excited about it as Lean UX revolutionized the way we work, from making design decisions to even decorating our office for Christmas. Though Lean is nothing new, it has skyrocketed to the forefront of design since the release of The Lean Startup, by Eric Ries. If you are not familiar with the Lean methodology here is my TL;DR:

Working lean is doing the best you can with the time you were given. Instead of focusing on all the features a product requires, you shift your mindset towards the most valuable outcomes you can achieve within a restrictive timeline. For us, that means building a cross-functional and self-empowered team—business, developers and designers—that works together each sprint on delivering real outcomes as best they can. Making the product a little bit better every single sprint.

It means that within a couple of weeks something can be planned, designed, developed and in the hands of the users. It also means that you are not working isolated as designers, but everything is created as a team effort with equally distributed responsibilities. And in the end, if the outcome is not as good as desired, we can dive in again and the next time it will be better without a doubt.

Personally, I was very skeptical about Lean UX. I saw it as an excuse to get away with creating poor and unpolished design. I could not be more wrong, but also a bit right. As a designer that has a hard time making decisions, Lean has taught me that it doesn't matter if a button is labeled "Start your free trial" or "Get started for free", because in a couple of weeks—even if a bit unpolished—this button will go live, we'll be able to measure its impact and change it to something else that works better. That will happen within weeks, as opposed to months or years as in final-designing.

This mindset has taken me away from staring nervously at Figma and spending hours on meetings to decide what is best, to effectively producing outcomes, hitting time milestones and most of all being at peace with designing. At the end of a lean sprint, we demo and I go home felling quite tired, but calm and mostly ready for the next sprint.

Don't be fooled, though. Lean UX doesn’t guarantee that you won't be making decisions anymore and you won't stress out about their impact on people's lives. However, at the end of the day, working lean will take away the weight of having to be perfect and help you move forward. And with design, just as in life, that's what you want: continuous improvement, instead of delayed perfection.

Almost 300 million people suffer from anxiety, the most prevalent mental disorder there is and it can impact all aspects of life. Jordan Raskopoulos has a great talk about living with anxiety and has helped me understand how even small things matter. If you notice any symptoms, do not hesitate to consult with your doctor.

If you'd like to learn more about Lean, you can watch Eric Ries (the author of the Lean Startup book) talk about it or read some basics, by the Interact Design Foundation. And to learn how applied it into delivering high quality UX, read our Lean UX design process.

What's your destination? Let's draft the roadmap together over coffee. 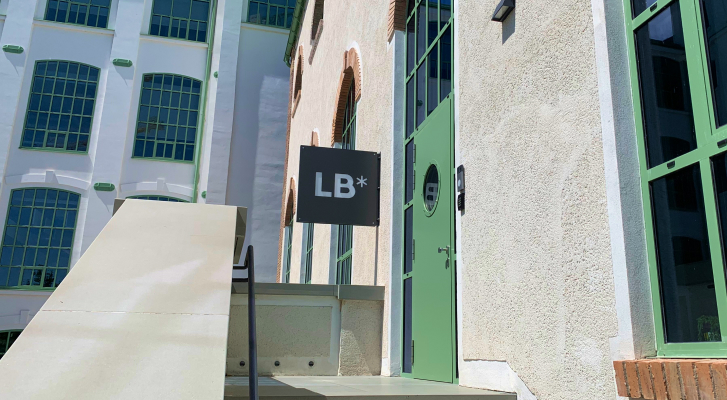 Your cookies help us better understand how well our website is doing and keep on improving your experience. Learn more about how we use them.